Michael Jung (GER) has made a great start in the CCI4* at Les 4 Etoiles de Pau, first leg of the FEI Classics™ 2015/2016, and is in first and second places after Dressage, with his two horses split by just one penalty.

Pau is one of very few major events that the Olympic champion has yet to win, but he looks to have two excellent chances: he heads the field of 49 on his 2013 European champion, Halunke FBW, an 11-year-old black gelding by Heraldik, and is second on the mare fischerRocana, winner of Kentucky in April.

Both horses, which Jung had brought with him on his “French tour” – he won the six-year-old CIC1* at Le Lion d’Angers (FRA) last weekend – were among the quartet to score below 40.

The teenager has made quite an impression already and currently holds third place in this stellar field with the brilliant mark of 38.3 on the German-bred Brookleigh, a 13-year-old gelding previously ridden by Clayton Fredericks (AUS). The pair were recently second behind Sir Mark Todd (NZL) and NZB Campino at Ballindenisk CIC3* (IRL).

“I’ve been to Pau lots of times with Mum [Mary King, the 2011 FEI Classics™ winner] and have dreamed of riding here,” said King. “It’s such a lovely, friendly event and I feel very lucky to be here.”

She added: “The Cross Country is quite different to some of the major tracks in England. It’s nice and bold and challenging, but also more twisting and technical. I’m excited about it!”

The home side have plenty to cheer about with Astier Nicolas (FRA) in fourth place on the 12-year-old Piaf de B’neville with the good score of 38.5 and Karim Florent Laghouag (FRA) in sixth place on the 10-year-old black stallion Entebbe de Hus with a mark of 40.6.

The accomplished New Zealand combination of Tim Price and Wesko, Luhmühlen winners in 2014 and Kentucky runners-up behind Jung this year, are fifth on 40.0 penalties. Price’s wife Jonelle is 19th on Faerie Dianimo on 47.7.

Six nations are represented in the top 10: Tim Lips (NED) is seventh on Concrex Bayro, Paul Tapner is the highest-placed Australian in eighth on Indian Mill and Jennie Brannigan is best of the American riders in ninth on Cambalda.

“Indian Mill is in the best form ever, so I’m confident,” said Tapner. “I will be disappointed if he doesn’t finish the Cross Country within the optimum time. I think there’s quite a few potential problem fences out there, but there is no one fence that I’m stressed about.”

Mark Todd (NZL), currently well in touch in 14th place on NZB Campino with a good mark of 43.3, predicts that the water complexes will be influential. “The course looks good with a lot of forward distances,” he said.

“The last water complex could be quite a big effort. There’s a big drop in and a bounce out of it. And I think the two corners in the preceding water are big. There’s lots of places where riders could be caught out.” 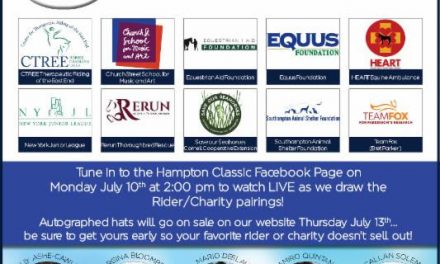 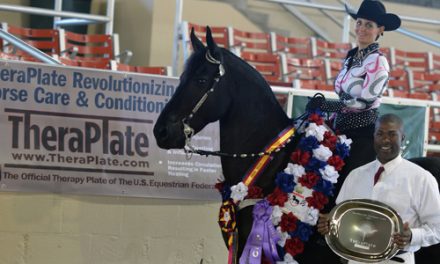