Work In Hand: The Shoulder-In

We’ve talked at some length in earlier articles about the extremely light touch that characterizes great work in hand. Let’s discuss some of the ways the classical movements are executed in hand, and why these movements are of interest — even if you and your horse intend nothing more formal than trail riding.

Let’s start with the shoulder-in. Simply put, this is a diagonal movement in which the horse is bent toward the handler and moves away from her, as shown in the photo here. The direction of travel could be drawn as an arrow from the hip on the same side as the handler diagonally across to the shoulder on side of the horse opposite from the handler.

The shoulder-in was first described by Françoise Robichon de la Guérinière in “École de Cavalerie,” his treatise on horsemanship that was published in 1732. The old master stated that the shoulder-in is the first movement used to train a green horse and the last movement to work on with a finished horse. De la Guérinière described an elegant, simple movement in which the horse is led forward into a lateral movement and then guided by the inside rein alone. While the movement is most commonly done along the rail in modern riding, de la Guérinière states that it should be trained in the center of the arena so that the horse finds his balance without the interference of the wall.

In contrast, the shoulder-in of de la Guérinière is not oppositional. It also doesn’t take on the impulsion or block the horse, and it permits self carriage. It is easily accomplished both in hand and in the saddle with the tactful use of the inside rein alone. In the saddle there are many advantages gained by perfecting this movement with one aid.

In the 19th century, Steinbrecht expressed a preference for a three track movement, a lateral movement in which the hoof marks left by the front inside hoof are “eclipsed” by those of the outside hind.

Both four track and three track movements have their uses for the handler and for the horse. In modern competition, the rider lines up the horse’s outside ear with its inside hip. This degree of flexion requires a relatively low head carriage, which puts the horse on his forehand. With a smaller degree of flexion, the horse can maintain his balance in the center and not “fall” into the movement.

The shoulder-in supples the shoulders and the hips as the horse steps his inside leg across his outside leg. In essence, in a proper shoulder-in, the outside diagonal pair (inside rear leg and outside front shoulder) are shortened, and the inside haunch is lowered, reducing the diagonal base of support and producing, in essence, a sort of “half piaffer.” This movement helps the horse develop his sense of balance, and it supples and strengthens the loins. It also improves the horse’s weight-carrying ability and corrects balance problems created from the initial backing of the horse.

In any discipline, riders will encounter horses with suppleness issues — including the stiffness of an older horse, younger ones with injuries or arthritic changes, as well as those with stiffnesses brought on by emotional issues. The careful balancing of the correctly executed shoulder-in three and four track, from both the right side and the left, paired with the half-pass (which we’ll discuss in the next article) offers a simple way for the handler on the ground to help the horse stretch himself safely and comfortably.

One nice thing about doing the shoulder-in in hand — rather than while you’re in the saddle — is that you can actually watch the tracks as the horse forms them in the dirt and watch the movement of the horse’s legs as he progresses forward. You can then adjust the movement to make it easier for a less supple horse, and you can work with the horse to encourage it into gentle stretching.

Remember, as we’ve said before, that “no” means “no” in the horse world. Be polite, and work gently at the edges rather than forcing the movement. Just like in stretching for people, you only cause damage by forcing. Where the value lies is in the pleasure of the dance, not in the extremity of the movement.

Craig Stevens is a classical instructor and trainer with the National School of Equitation, Inc. in Snohomish, Washington. Mary Anne Campbell is Craig’s wife and is an instructor and training assistant at the school. Visit www.classicalequitation.com. 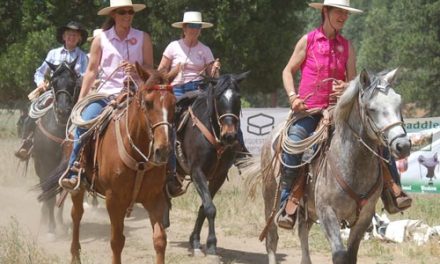 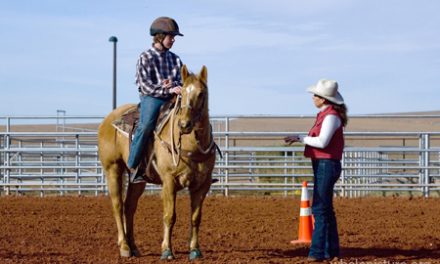 Book Your Spot To Ride Or Come To Watch! 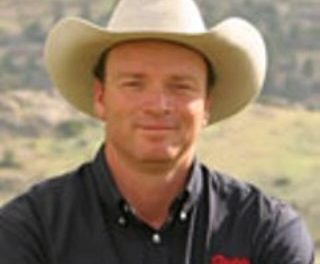 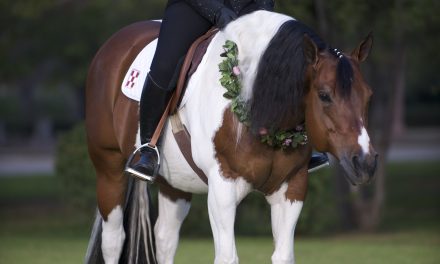