Trouble-free trailer “unloading” is really quite easy… just reverse the steps used to teach your horse to load. Let’s start with your horse already loaded in the trailer, ideally with another experienced horse to give him confidence. If you followed my recommendations, his loading experience was a good one. He is standing in the trailer relaxed and munching on his full hay bag. He is either tied, by his lead line, or his lead is threaded through the hay bag to give him the feeling of being tied. All trailer doors and windows are open. Ideally, the trailer is parked in the corner of a fenced pasture or paddock; so that it is alongside one fence with the other fence line is behind it.

If his lead is tied, untie it and thread it through hay bag when you are ready to unload. Go around to the back of the trailer and stand off the side of your horse. Do not stand directly behind him in case he would kick or back out quickly. Talk to him and pet him on his hip to reassure him and let him know you are back there. Slowly unfasten the butt bar and lower it. Keep talking to him to give him confidence.

Move back to his head, unthread the lead from the hay bag, and gather it in your hand. Unfasten the chest bar. Standing off the side of your horse’s shoulder give him the command to BACK, asking the same way as when you taught him the maneuver in his stall. If you need a little reinforcement to get him to back, gently push on the point of his shoulder as you move with him and give him the voice command.

Let’s take a break in our unloading progression for an important reminder. Backing out of the trailer should be done as SLOWLY as possible. Take your time with this step. We do not want to teach the horse that it is acceptable to back out quickly. That’s why I like to park my trailer with a fence behind it. It helps reinforce to my horse not to run backwards out of the trailer.

As he backs, use the lead to keep him straight. The fence line alongside the trailer will also help guide him straight. If the trailer has a ramp, a youngster typically has an easier time unloading because of its gentle incline. However, if the trailer is a step-up type, be prepared for the horse to be surprised the first time he steps back and down to the ground. He may be startled and come back into the trailer. If he does this, make no big deal about it. Ask again until he accepts stepping down.

A second person can help introduce the horse to stepping down. Ask a friend to stand in a safe position at the outside; back corner of the trailer on the side where the horse is loaded. She should be able to reach up and touch the top of the horse’s rump. Ask the horse to back. As he gets to the point where his hind legs are close to the step, the helper should speak to him to reassure him as she puts her hand on his rump. Her hand will help him balance and give him more security to put his foot down to the ground. The helper should keep her touch on the horse as he backs out. Don’t worry if the horse moves sideways as long as he is straight. The fence line will help him stay straighter. Continue to praise and stroke him until he completes the unloading procedure.

Here’s another method to help your horse learn how to load, especially if he needs more reinforcement. You will need a friend to help, a longe line, and an in-hand or longe whip. I prefer using a longe whip for this procedure because its longer length gives extra safety should a horse kick in reaction of being touched with it.

Snap a longe line on your horse’s halter rather than a lead. Ask the helper to hold the tip-end of the whip in her hand, so the thicker blunt handle extends outward. For this lesson to be effective, the horse must first learn to accept, not fear the whip. To introduce it, position the horse so that he is between you and the fence to give you more control. The helper should stand on the same side you are standing, but toward the horse’s hindquarters. You will be using the longe line to guide your horse, while the helper will use the whip to help position his hindquarters.

Ask her to gently stroke the horse’s hip with the whip as she continues to reassure him. Always stroke in the direction that the hair is growing. If the horse moves forward at the touch, ask him to “whoa”. If he moves, move with him and keep the whip in touch with his body. When he accepts this, stroke him with the whip down his hindlegs.

Once he accepts the stroking action of the whip repeat these steps, but ask the helper to GENTLY tap it on his hip and on his hind leg. These are areas where we use the whip without hitting the horse to ask him to move his body. The touch or tap on the hip asks him to move his hindquarters; a touch or tap lower to move a leg. He must accept the touch and tap of the whip before moving on to the next step.

Bring the horse back to the trailer and let him investigate it. Position him at the bottom of the ramp or at the step-up. Make sure he is STRAIGHT. The helper should stand at the horse’s hip on the same side you are standing. Ask the him to load using the “come to me” command as you guide him into the trailer. If you need help, ask your assistant to use the blunt end of the whip to maintain a touch behind the horse’s hip and above his hocks. When he goes forward release the touch and reward with a “good boy”. If you feel he still needs more reinforcement to move forward, ask her to use a lightly tap on the back of his hind legs, to encourage him to move forward into the trailer. More than likely the horse will resist the tap and move against it. Don’t be alarmed at this. Just keep repeating the gentle tapping and the touch until he moves forward. When he does, praise him.

As I explained earlier, your helper can also give your horse confidence during the unloading procedure by putting her hand on his rump to give him more security as he steps down and out of the trailer.

No matter which trailer loading method you use, make sure it is as stress free as possible for your horse. These first experiences should be positive ones. Practice loading and unloading several times. When your horse shows he accepts the trailer, it is time to load him and take him for a short trailer ride. The distance doesn’t need to be any further than a city block. The ride should be slow and smooth. If another experienced horse is available to accompany him on his first trailer journey, it will give him confidence. 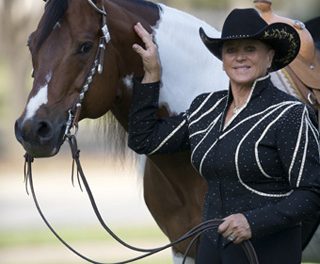 Trial Training: Safety and Confidence on the Trail 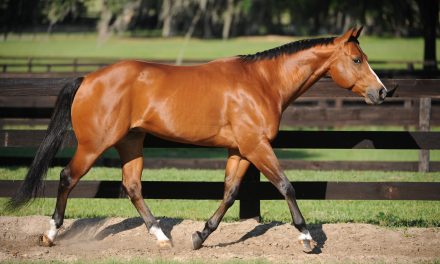 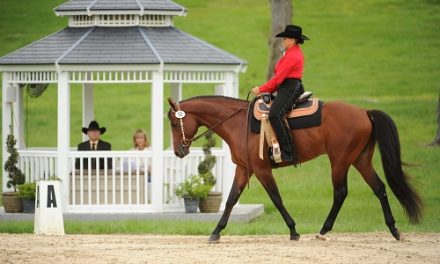 Training Outside The Box, Part 9 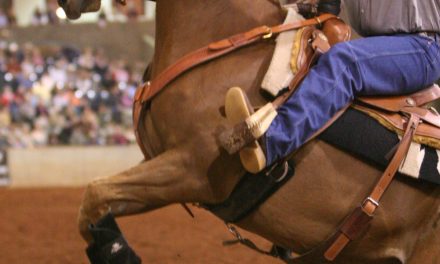 Safety In The Herd