Harrisburg, Pennsylvania – October 11, 2017 – Hunters with their Junior riders took to center ring on the first day of competition at the Pennsylvania National Horse Show, held at the Farm Show Complex, October 12-21, in Harrisburg, PA.
The two classes of Large Junior Hunter 15 and Under were won by Augusta Iwasaki, Calabasas, CA, aboard Lyn Pedersen’s Small Affair.  Iwasaki, 13, and the 14-year-old Selle Francais gelding claimed both victories with scores of 88 in the Over Fences class and 90 in the Handy round.
Dedication and Emma Kurtz, Hudson, OH, were victorious in the Large Junior Hunter 16-17 Over Fences class with a score of 88 points.  Dedication, a 12-year-old bay Holsteiner gelding is owned by Dr. Betsee Parker, who has owned many of the country’s top hunters.
The Large Junior Hunter 16-17 Handy class went to Chapman ET and owner/rider Raleigh Hiler from Sudbury, MA.  The handsome grey flowed around the course to take the win with a score of 87.
Emma Kurtz returned to the winner’s circle in the Small Junior Hunter 16-17 Handy class with Enticement owned by Rebekah Warren.  The pair garnered a score of 87 for their performance.   Kurtz has only been riding the little mare since June, but they have been very successful together.
Annabel Revers, Weston, MA, and Kingpin, owned by Beechwood Stables, LLC, won the Small Junior Hunter 16-17 Over Fences class with a score of 88.  The pair placed third in the Handy class, putting them in contention for the Championship, which will be awarded on Friday.
“Bruno,” as he is affectionately called around the barn, and Revers tackled the course, designed by Paul Jewell, quite easily. “My horse actually likes the big shows,” Revers has said of her mount. “He likes to feel special.”
The Small Junior Hunter 15 and Under title went to Mayfield and Brooke Morin of Los Altos Hills, CA, who rode the gelding to victory for Strasberg Morin Inc.  The pair garnered a score of 87 points to take the blue ribbon in the class.
Brian Moggre, Flower Mound, TX, and MTM Fashion, owned by MTM Farm, were the winners of the Small Junior Hunter 15 and Under Handy class with a score of 89.  The pair, who have had quite a bit of success this summer, look to add more accolades to their growing resume.
Competition for these young riders in the Junior Hunter Divisions concludes on Friday.
About the Pennsylvania National HorseShow
More than 400 qualified Junior and Adult competitors from the U.S. and abroad will vie for more than $500,000 in prize money and eight national championships – including the prestigious Dover Saddlery/USEF Hunter Seat Medal Final, and Neue Schule/USEF National Junior Jumper Individual and Team Championships. “Junior Weekend” will take place October 12-15, followed by “Senior Week,” October 16-21 which includes the Open Jumper and FEI competitions. This year’s show will again host three internationally sanctioned FEI CSI3* rated jumper classes including the $35,000 Keystone Classic, $40,000 Big Jump, and the $100,000 Prix de Penn National Grand Prix presented by the Lindsay Maxwell Charitable Fund, the culminating event which will be held on Saturday evening, October 21 and will feature over 40 top riders from seven countries, including six Olympic veterans.
The Pennsylvania National Horse Show Foundation, a 501(c)(3) tax-exempt, non-profit organization, provides support for therapeutic riding and equine rescue programs. The Foundation makes grants exclusively for charitable and educational purposes to acquaint, teach, and train the public in therapeutic equestrian endeavors and to support equine rescue efforts. Proceeds from the show benefit the Foundation.
The Lindsay Maxwell Charitable Fund is a private, charitable fund. It accepts grant proposals for the benefit of charitable, educational, or scientific purposes, exclusively from tax-exempt, charitable organizations. The issues where the Fund focuses its resources reflect Lindsay’s personal priorities and values: improving the lives of children with special needs; enabling access opportunities to education; and providing care, compassion, and protection to animals.
Further information, updates, promotions, ticket information and more is available at www.PANational.org or by calling 717-770-0222. 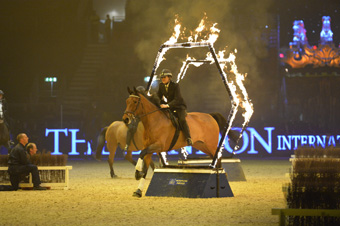 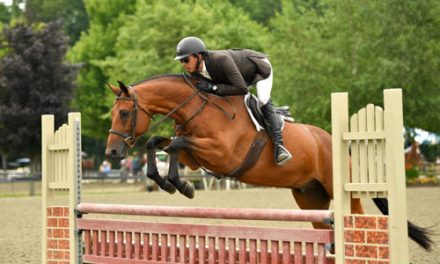 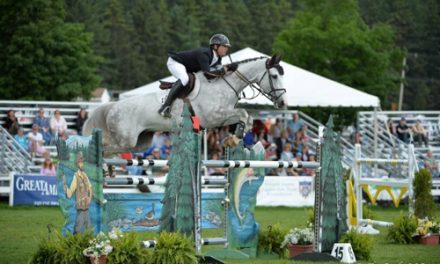