Only some of jumps horse racing’s all-time greats have won the Cheltenham Gold Cup three times. Equine legends like Golden Miller, Best Mate and Arkle delivered year in, year out and that is the kind of company which Al Boum Photo will be looking to keep moving forwards.

In the last two years, he has turned up to the Cheltenham Festival after coming across from Ireland with a light preparation and won the sport’s premier steeplechase on both occasions. Al Boum Photo’s trainer, Willie Mullins tried for years to win the Gold Cup and came close with six seconds.

After finally ending the Cheltenham hoodoo, this creature of habit has kept plans for his star horse the same. As Al Boum Photo won at Tramore on New Year’s Day for the third consecutive year, there is every reason to believe he can complete a memorable Festival hat-trick on Friday, March 19.

That is as much down to what his Gold Cup rivals have done on the track in other big races as his own exploits. Al Boum Photo thus remains among confident predictions for the Cheltenham Festival day 4 from experts again this year, and here’s why.

No one horse has dominated staying steeplechases on either side of the Irish Sea. Starting with Al Boum Photo’s rivals in the Emerald Isle, all of the Grade 1 races over fences and a distance of three miles have had different winners.

A couple of Irish-trained racehorses have performed with some consistency without earning more than one victory. The Storyteller caused a bit of an upset in the Down Royal Champion Chase in November, while Al Boum Photo’s stable companion Kemboy improved from second in the Savills Chase to win the Irish Gold Cup at Leopardstown when holding the versatile Gordon Elliott horse.

Henry De Bromhead runner A Plus Tard landed the Savills Chase during Christmastime and goes to Cheltenham fresh. He has a previous win at the Festival there, as does The Storyteller but Kemboy has no form at the track.

And what of the English trained racehorses that Al Boum Photo must take on again in their own backyard? There is no consensus who the best staying steeplechaser is among them either.

Haydock specialist Bristol De Mai doesn’t seem to perform to the same level as other tracks. The value of the Many Clouds Chase form from Aintree was soon proved worthless when a setting winter sun meant a number of fences couldn’t be jumped in the interests of equine safety.

A memorable triumph for female jockey Bryony Frost aboard Frodon in the King George VI Chase at Kempton over Christmas was a feel-good festive moment, but the Gold Cup is further than he has ever raced before. The Cotswold Chase proved a slog in the mud when rearranged to Sandown and, although veteran Native River rolled back the years with victory there, it may come a little too close to Cheltenham for comfort.

All the while, Mullins has sat back and been getting Al Boum Photo ready for another defense of his Gold Cup crown. The case for him getting this Cheltenham treble up is plain to see. 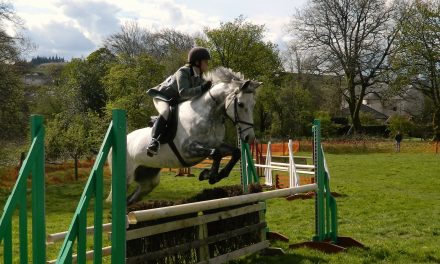 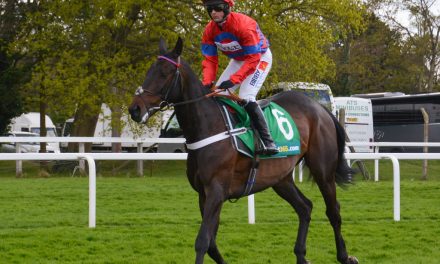