Side-Pass to the Right: Side-passing to the right while keeping his head, neck, and shoulders straight

Training a horse is like building a house. If you want to build a house, you need a strong foundation underneath. You can erect the building, paint the walls, and hang the curtains. Yet if there is no foundation, you’ll have problems when the storms come. Choosing paint colors and curtains is fun. Concrete and rebar are much less exciting. One thing is for sure: it’s a lot easier to put in a solid foundation prior to the house being built. Going underneath the house afterwards to shore up a foundation is not impossible, but it is much more difficult.

My three-year-old quarter horse reminded me of this analogy recently. I started this colt a few months ago with the goal of developing him into a western performance horse. I’m now asking this colt to spin with a little more energy and athleticism. It’s not going very well. He’s not stepping correctly and has too much hindquarter movement during the turns. My efforts to correct this issue have not been very effective. More pulling and spurring is certainly not helping. Here is the problem: his foundation is shaky. I’ve started hanging curtains before the concrete was even dry. I’ve gotten in a hurry and now it’s showing up in poor performance.

What does an equine foundation consist of? Simply stated, the answer is “body control.” One great horseman phrased it like this, “Body control isn’t the main thing. It’s everything!” I have been asking this colt for advanced maneuvers without first laying out a specific foundation of body control. I need to demonstrate control over the following four areas of my horse’s body: 1) Head and neck, 2) Shoulders, 3) Rib cage, and 4) Hindquarters. Each trainer has his or her own system to gain this control. You don’t have to do it exactly like me or anyone else. You do however, need to incorporate some type of method to control and move each of these body parts. Without this basic foundation of body control, every attempt at advanced performance will be met with difficulties.

Softness: This colt must stay soft as I drive him forward into the bridle

With proper body control I can teach higher-level maneuvers in a way that makes sense to my horse. With this colt in particular, I can refer back to his foundation when I run into problems during the spin. For example, when I have good body control, it’s simple to push my horse’s rib cage or hip over while keeping his shoulders straight and his face soft. Now when I ask for a spin to the right and he swings his hip to the left, I can leave the spin and push his hindquarters over to the right while maintaining straightness in his front end. Referring back to this foundational exercise reminds my colt to keep his hind end in place and not push against and resist my left leg. Without this foundation in place, I am simply rolling the dice, hoping he’ll figure out what I want. Trust me. They rarely do.

Over the next couple of weeks I’m going to go back to basic foundation work with this colt. I need to get each of his body parts yielding separately from each other and working equally in both directions. Two days ago I was doing a suppling exercise with this colt’s head and neck. He was pretty soft to the right, yet he still had a bracy spot to the left. The next day, while working the flag, my left hand turns were less than correct. Why would I think it would be anything other than that? My horse’s performance is inseparable from the preparation he receives. As in my analogy, a house is no stronger than its foundation.

This colt’s less-than-stellar performance has reminded me that I’ve gotten in a hurry. A wise horseman once said, “Nobody has the time to do it right. So they have to make time to do it over!” I’ve been guilty of that. I like to do the exciting stuff! Ride and slide. Spin and win! Who wants to spend hours, days, and months working on shoulders over and haunches in? That’s as boring as concrete! Yet this is where I need to focus my attention. There is no reason to ask for another spin, flying lead change, or any other advanced maneuver until I have the proper body control on which to build.

Your horsemanship goals are probably different than mine. Yet, I believe they are also very much the same. You and I simply want to put any part of our horse’s body in any given position at any given time. If you could do that, would you have any other trouble? I don’t think so. With that kind of body control you can execute a turn on the hindquarters, turn on the forehand, back through an “L” shape, or open a gate. You can accomplish these things because you can control your horse’s body parts distinctly and clearly.

Tomorrow morning I’m going to go out and practice what I preach – body control. When I pick up on the bridle reins I need my horse to yield, break at the poll and get soft in his face. He needs to pick up and move his shoulders over to the left and right, when asked. I need to control his ribcage by demonstrating a side-pass while keeping his head, neck, and shoulders aligned and straight. His hindquarters need to step over freely to the left, and right, as if he had hobbles on his front feet. These are the foundational exercises I need to work on. When he consistently gets good grades in each of these areas he’ll be prepared for more performance.

It’s not fair to ask my horse for advanced maneuvers without these things in place. So, if you see me underneath my proverbial house this next week with a shovel and bucket, know that I’m “shoring up” my foundation. 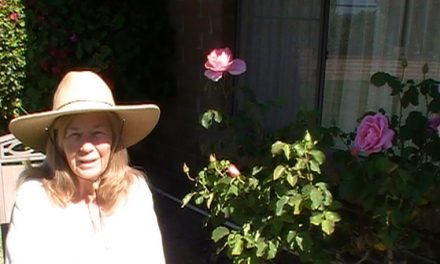 Here It Is- The Waiting Game Liberty Lesson! 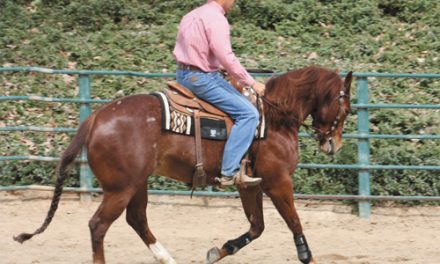 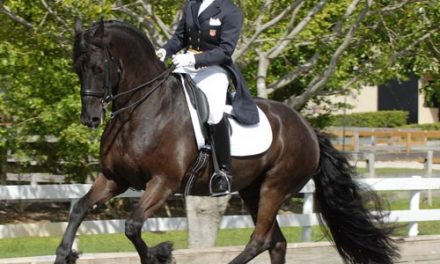 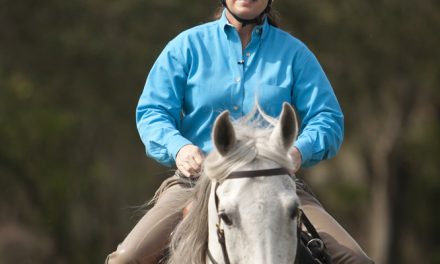 How Do You Prevent Herd-Bound Behavior?