Why Do We Need All The Gadgets?

Many horses come in here dull, non-responsive and abrasive because they have been ridden improperly with a snaffle bit. Riders don’t know how to use the snaffle bit or understand the principle that once the horse responds or yields, the pressure must be released. I also see many horses that are dull and abrasive from being worked improperly with a rope halter. It used to be that abrasive and non-responsive horses coming to the barn had been worked with stud chains, now it is a rope halter. People would say that if you have a stallion, you have to have control. It is not a stallion issue, a mare or gelding issue, the issue is manners. It is what we teach the horse and the principle of pressure and release. When we train the mind of the horse, we control his feet.

The snaffle bit, cowboy halter, training or dressage stick and the martingale can all be misused if you do not understand the principles of the equipment. Let me give you an example. Some equipment gets labeled negatively when it is used improperly and the desired result is not obtained or the horse injures its rider. I read a very negative article on Face book regarding the running martingale. The individual used the running martingale or training fork and the horse went over backwards and severely injured the rider. Further into the story, it was revealed that the horse, which was supposed to be worked every day, had not been out of the stall for two weeks and it was being ridden after dark. In my opinion, putting a running martingale on a horse at that time was asking for trouble.

This horse was totally fresh and full of it because he had been contained for too long. Also, some horses are more emotional and react more severely than others. If the individual had lunged or round penned the horse to take the freshness off and let the horse get relaxed, then it might have been okay to use the training fork. It appears that in this situation the training fork was not being used for training but was being used to control the behavior of the horse by restricting the movement and energy of the horse. This was the wrong approach because the pent up energy had to go somewhere. Being further restricted only added to the frustration and natural resistance of the horse. When this happens, a horses’ brain goes south.

I’ve seen another type of abuse in my experience and that is most people adjust a running martingale or training fork too tight. I don’t know if this was true in this situation but it could have added to the problem. When you use a running martingale on a horse for the first time and it is attached to the girth or the breast collar you adjust the reins so that when the horse is standing relaxed with his natural head set, the rings come up to his throat latch so that the only time the martingale engages is when the head is way up in the air. Ninety percent of the martingales I’ve seen used are for head set. In other words they have been shortened to get the horse’s head down. What happens often is that there is too much containment and then if the horse is like the one we talked about earlier that had been in the stall, the horse feels the restriction and goes into fight mode. There is only one place for that horse to go and that is to rear up.

None of this is the fault of the equipment or the horse. The running martingale is a nice piece of equipment but we must understand how it works. The same is true for the German running martingale. Most people use it like a draw rein that has a stopper on it. In other words, you can keep drawing but in engages with the rein it is attached to. Most people start out with it too short. The horse has to adjust to the new feel of the equipment, the containment. We also need to make sure the horse is ready for this type of equipment. The horse must be relaxed. I’ve seen people put the martingale on a horse that is not even calm enough to mount. The equipment is not going to make the horse relaxed and manageable. Good ground work, lunging or round penning to get the freshness off and get the horse relaxed is critical before putting on this type of equipment.

A martingale that is misused can cause the type of situation I described earlier. The equipment gets a bad name and gets referred to as a gadget but used properly and for the right reason, it can be an excellent piece of training equipment. The same is true for a cowboy halter and a training stick. A carpenter that has a box full of tools but uses only the skill saw and a hammer to build an entire house, can do a better finish job if he uses other equipment such as a square and a level. Equipment is to help us communicate with the horse. It is not to overpower or to intimidate the horse. Equipment is used to assist us in teaching the horse, but should not be a daily diet.
Equipment should be used like training wheels on a bike, the goal is to be able to remove them.

Usually when people refer to equipment as gadgets, it means they don’t understand the principles behind use of the piece of equipment. If we don’t understand that the proper way to ride with a snaffle bit and reins is to release when the horse yields, we will end up with a hard-mouthed horse and no brakes. Then for additional control, the rider may go to a leverage bit to fix a problem caused by his own failure to understand how a snaffle works and educate his hands. 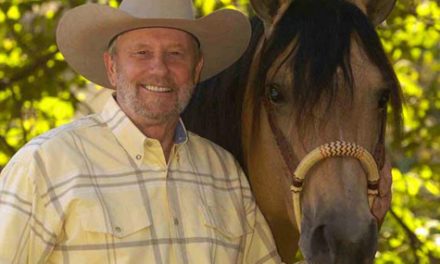 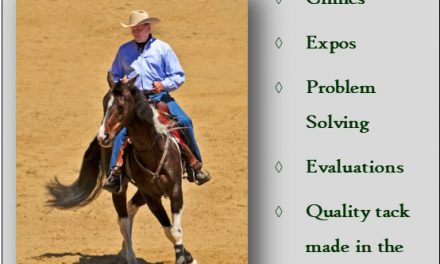 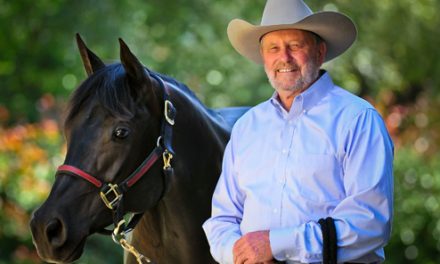 Do You Have A Partnership Or A Relationship With Your Horse? 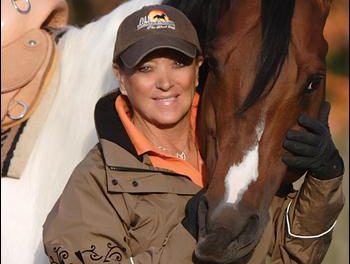