Magical Antique Carriage Ride In Virginia Transports Riders To The Past

It has been a magical week for me. As a culinary travel journalist on assignment, I am a guest of the Richmond Metropolitan Convention and Visitors Bureau. I have explored and fallen in love with this city, mostly through my stomach.

You want culture? Virginia is crawling with it. I went on a treasure hunt at a behind-the-scenes encounter with a rare book collection via the Director of Special Collections, Mr. Thomas Camden, at the Library of Virginia. I listened to an actor re-tell an especially creepy version of the “Telltale Heart” in the courtyard of the Edgar Allan Poe Museum. I donned a hard hat and wandered around the construction of the Virginia Museum of Fine Arts expansion, and ended up in VMFA’s kitchen with chef Danny Ayers who promised me his award wining crab cake recipe.

There is history – do you want pre-Revolutionary or Civil War? You can tour the Confederate War Memorial Chapel, 15th century Agecroft Hall (dissembled and brought from England) and St. John’s Church, the site of Patrick Henry’s impassioned oratory “…give me liberty or give me death.“ Near fabled Monument Avenue, there are entire preserved districts of federalist houses in the city. Williamsburg, Jamestown and Monticello are an hour or two away. Today we are headed to the 18th century plantations that line the James River. About an hour out of the city, we turn off the main highway and down a tree-lined dirt road. This is big land, big country, so to reach the manor house we drive quite a way. Past cotton fields, past horses grazing, and finally the trees open up to a fine, looped drive in front of Berkeley Manor.

Berkeley Plantation was the birthplace of Benjamin Harrison V, one of the signers of the Declaration of Independence, and his son, President William Henry Harrison. Folks in the Virginia Commonwealth insist that the first public Thanksgiving took place well over a year before the landing of the pilgrims in Massachusetts. Captain John Woodlief and a column of 38 newly-arrived English colonists walked to a rolling slope along the James River and prayed in thanks for a safe arrival to the New World on December 4, 1619, where they vowed, “Wee ordaine that the day of our ships arrival at the place assigned for plantacon in the land of Virginia shall be yearly and perpetually keept holy as a day of Thanksgiving to Almighty God.” The contingent from Berkeley Parrish in England settled along the James on land that was to become historic Berkeley Plantation. Their vow, now carved on a brick gazebo there, marks the spot believed to be where Woodlief and his men knelt beside the river that day in the New World and prayed.

In addition to the first Thanksgiving, Berkeley Plantation was the site of the first distillation of bourbon whiskey, produced by missionary George Thorpe, who declared it “much better than British ale.” And on a grassy knoll not far from the manor house, a plaque commemorates the location where Union General Daniel A. Butterfield composed “Taps,” used as a “lights out” bugle call for soldiers camped on the grounds. In 2011, the 150th Sesquicentennial commemoration of the Civil War begins. Did you realize that more Civil War battles were fought in Virginia than any where else?

My friend Erin parks the car along the drive in front of Berkeley. We hop out, gather up our picnic goodies, and on cue we hear Mr. Hundley’s Post horn through the woods. The horn precedes our view of his Wagonette break carriage pulled by two well-muscled grey cross-breds. When his team, Hugs and Jack Frost, and his elegant carriage come into view, they float steadily down the long drive and arrive in front of the manor house. Erin and I smile in amazement and exchange pleasantries with the driver, Mr. Jim Hundley of Hundley Carriages, and his friend James. As soon as we climb in and settle on the softly worn leather seats we feel transported to another time. With a “walk on” command, Jim drives us away for an afternoon ride and picnic, to the delight of a man and his young son who chase us through a hedge to catch another glimpse of the fine horses.

As the red brick mansion at Berkeley recedes, I think that it is no coincidence our ride begins here at this plantation. A focal point of economic, cultural, and social life in colonial Virginia and host to more than 10 presidents, including George Washington, each step, each tree, each brick has stood while our county’s history unfolded around it.

The horses pull us from Berkeley Plantation to adjacent. Westover Plantation along the sliver of river road skirting the wide River James under the wild cherry and gum tree canopy. To our left is farmland and a few out-buildings that separate the two plantations. On our right is the River James. Wider at this point, Jim reminds us that the James was the highway for the early settlers. Lulled by the steady clip-clop of their hooves and the motion of the carriage, I’m again pulled into the past, realizing we are retracing a visit that has been repeated between neighbors countless times throughout the history of this special place.

Mr. Hundley is a carriage driving enthusiast whose passion for his horses and carriages is evident as he tells us, “If I didn’t give carriage rides, I’d still be playing with horses!” He and his wife are avid horsemen and participate in the local fox hunting club rides, horn, and hunts regularly. Erin and I are both horse-crazy so we immediately relax among kindred spirits. James just keeps an eye on the team and grins.

I ask about the team, Hugs and Jack Frost. Jim says the two geldings are not related but are the same color and about the same age, 9 years. They are classified as grey, but they are a beautiful sparkly white that looks formal and lovely with the dark carriage a nice contrast to the casually elegant straw hats both gentlemen are wearing.

We reach the Westover Plantation grounds, which are open for touring, but not the house, which is still lived in, occupied by Mr. and Mrs. Fisher. Jim tells us that she is a lovely lady and when they fox hunt, she comes out with platters of nibbles for the hunters. After going down her drive, Jim turns the team for home and our picnic. Back we go through the tree-lined road skirting the river, past the corn, soy beans, and cotton and down to a sloping grassy area for our picnic, which includes the Virginia delicacy of pimiento cheese sandwiches. James, still silent for miles, steps off and goes out in front of the team to steady them as we stuff our faces. Cheese, red peppers, and bread never tasted so good!

Time to go and look for the spot where “Taps” was composed and played for troops camped on the grounds. We stop at a high spot overlooking the river. Tucked into a brick wall to the right is a plaque commemorating this occurrence. A quick photo and I am back in for the return ride. We are a quieter group (well except for the stoic James who never uttered a word.

And then that feeling creeps in. The one where you know you have just been part of something so special, so magical, and that you might never have this particular experience in much this same way again.

But no, as we say our goodbyes and our heartfelt thank you, and Jim, James, and the team head out to their rig and trailer to unhook the carriage, we know that all we have to do is call Jim and make a reservation for another ride!

Reach Jim and his collection of exquisite carriages through his website at www.hundleycarriages.com or 804-743-9233. More info on Richmond can be found at www.VisitRichmondVa.com. Visit Berkeley Plantation at www.Berkeleyplantation.com

About Michelle Morañha Winner – Michelle is a descendant of a paniolo (cowboy) family from the Big Island of Hawaii. Her grandfather bred horses in Vallejo, California, and gave her a black TB/Quarter Horse, “Diamond Girl,” when she was born. She continues to be horse-crazy now in Oregon and has recently combined her love of travel writing with her love of horses, creating her column, “Riding the World.” She is Vice-President of the prestigious IFWTWA and is Travel Editor for RideMagazine.com. Email your story ideas and prospects for a great ride you’d like her to take to 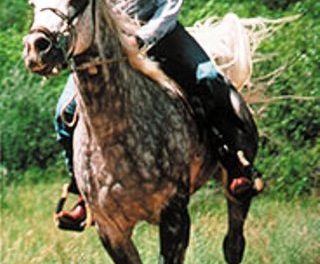 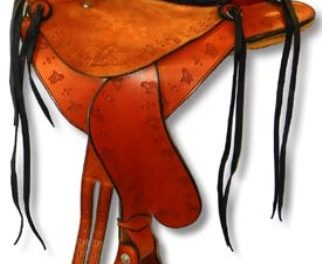 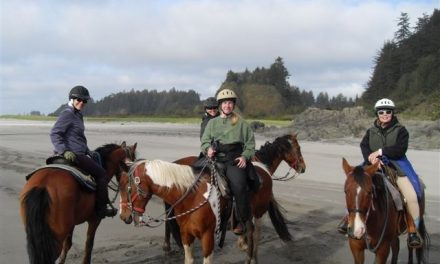 Riding The Wild Surf On The Washington Peninsula