This month we will cover how to start a young horse in the round pen as the first step towards starting him under saddle. For these exercises, you will need a round pen about 60 feet in diameter, a lariat rope, and protective boots for your horse’s legs. I want to start by mentioning some safety notes. Make sure that your round pen walls are smooth and free of any hooks or sharp edges that could cut your horse. You also want to be sure you have good footing in the round pen so your horse doesn’t slip. If your horse is gentle enough, put protective boots on his front legs. If you can get boots on his hind legs safely, do that too.

Throughout this exercise, try to keep a really good feel for your horse. If he is getting tired, find a place where you can let him rest. If he is trying very hard, release him and reward him. Start by turning your horse out in the round pen and give him a little while to just play and explore the pen’s boundaries. If you give your horse this time before you start working him, he knows where the fence is and he will be much less likely to push on it or try to go over it.
Once your horse has explored the pen, go in with your lariat coiled in one hand. Move to the center of the pen and ask your horse to move off in a circle around you. Your first goal is to get consistent movement. That means your horse is going forward without trying to change directions, and you can change his leg speed. Your lariat rope will be used as an extension of your arm, so if your horse is not moving forward when you ask him to, you can throw the rope towards his hip to encourage him. You always keep one end of the rope in your hand so you can pull it back in to you and re-coil it.

Once you have consistent forward movement, you are ready to move on to the next step, teaching your horse to turn in towards you and change direction. As he moves around the pen, step towards the edge and think about making an opening for his shoulder to turn towards you. If he turns to the inside, that is great. Relax and give him a chance to stand if he wants to. If he tries to turn to the outside of the pen to change directions, move quickly and turn him back so he is going the same direction he started in. Keep doing this until he turns to the inside, then release all the pressure and let him stand. It is important to keep forward motion throughout this exercise. If your horse stops briefly and he is thinking about turning inside, that is fine, but you will need to maintain forward energy in order to get good turns. On the other hand, the point is not to run your horse around and around the pen to tire him out. Ask for turns regularly and release and reward when you get them. Your horse will know he got the right answer when you release the pressure you are putting on him.

Once your horse is turning in towards you to change directions consistently and is slowing down and really paying attention to you, you are ready to move to the next part of the exercise. This is to get your horse to turn in to you and stop. Ask for an inside turn, but when he is part way through, stop your body motion. He should stop, too. If he doesn’t, just sent him off around the pen a few more times and then ask again. He should also stay looking at you with both eyes when he is stopped. If he looks away, send him off around the pen and then bring him back to a stop again.

When you can get your horse to stop and face you, you can approach him. Stay very relaxed but walk up to him confidently; don’t creep up to him. Watch your horse closely. As soon as you sense that he is about to step away from you (but before he actually takes a step away), turn and walk away from him. Many horses will follow you, which is what you want. If your horse does not follow, send him off around the pen and try again. If your horse follows you, sort of ignore him and keep walking. If he stops following you, send him off around the pen. Once your horse is following you consistently, turn and rub his face. If he leaves, send him around the pen. If he stands, pet him for a short time and then walk off again. He should follow you. Gradually work from his head back over his entire body, sacking him out with your hands. Remember to release and walk off with him following you regularly. Your goal should be to keep aware of your horse enough that you are releasing and walking off with him following you before he leaves on his own. But if he does leave, send him around the pen and then bring him right back to you.

Once your horse is letting you sack him out and following you all the time, you can add the last pieces to this part of the exercise. Send your horse off around the pen again, and ask him to turn to the outside and change directions by stepping towards his eye. You should be able to ask him to turn to the inside or outside on cue because he will learn that you create an opening for his shoulder when you want an inside turn, and step towards his eye for an outside turn. Then, start asking your horse to step towards you and follow you instead of you having to walk up to him before he will start following. Stop a ways in front of him and step away and to the side. He should follow you, but you are really looking for his feet to step forward towards you rather than him just pivoting around his front end to keep his eyes on you. Practice this until your horse will approach you and follow you whenever you ask. Next month, we will cover the next step in starting your colt in the round pen. Until next time, may God bless the trails you ride. 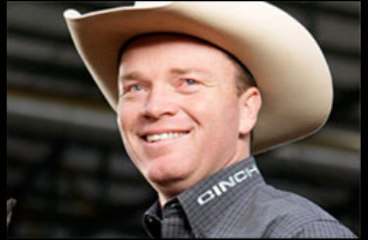 A Whoa In Progress 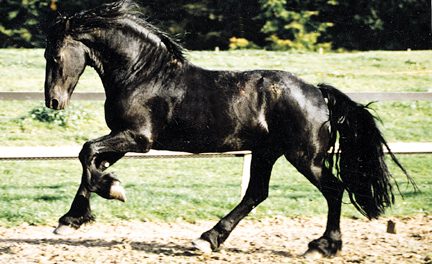 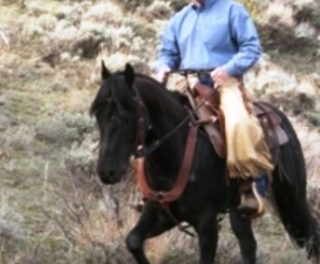