Many people were on edge for the final Grand Prix test to be performed on the last day of the championships. Omega, under his exceptional trainer and rider, Chelsey Sibley, completed this monumental task with grace and ease. During the evening’s special ceremony, both horses were awarded and presented as champions of each test. Jull also achieved the High Point Open FEI Horse of the Show. The Sporthorse Nationals featured 90 classes in four divisions: Sport Horse, Hunter/Jumper, Dressage and Driving. Forty-one states and two Canadian Provinces came to compete in this national event. Sport Horse Nationals is the only single-breed Sport Horse event in the nation offered just for Arabian, Half-Arabian and Anglo-Arabian horses registered with AHA or the Canadian Arabian Horse Registry.

Breeder of Omega and Jull, Elaine Kerrigan, has spent the past 35 years creating these amazing sporthorse athletics. According to Chris Bailey, “Not only is Omega amazing but he also produces the perfect get: kind, smart and athletic.” “I have not seen one Omega offspring that I would not want.”

Arabian stallion KB Omega Fahim+++// is owned by breeder Elaine Kerrigan of Eureka, CA and Half-Arabian KB Jull Fahim+// is owned by Chris Bailey, also of Eureka. Both horses are trained and ridden by Chelsey Sibley, owner of Sky Ranch in Sonora, CA. 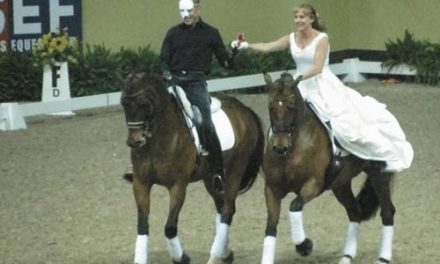 The FEI World Cup Finals – A Recap Of Dressage 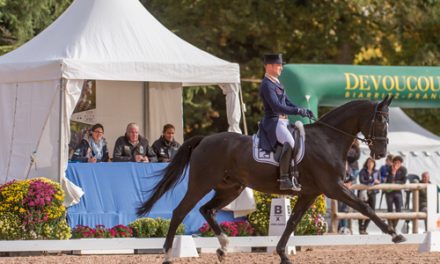 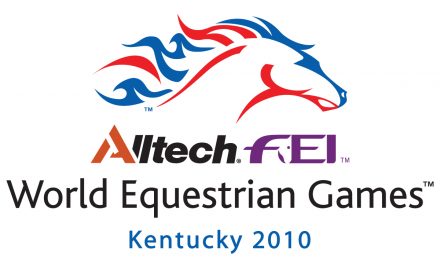 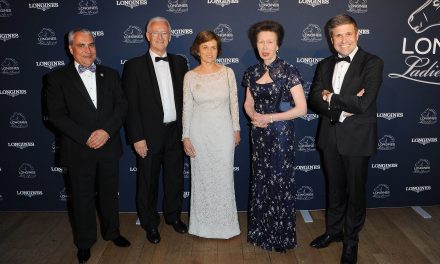