Birth Of The Balance Rider Part 2

Before summer arrived, in that year when my anticipation of it was marred by fear, Jim presented me with a gift that soon found its way to the top of my best-ever list. Unbeknownst to me, shortly after the Sunday of my sadness, the creative genius I love began inventing.
First, he dug out a saddle stand that we weren’t using, separated the top from the legs, and hid away the lower half so that I wouldn’t run across it and get curious. Next, he went to the local salvage yard to find a strong component that would pivot in every direction. He found just the treasure he was looking for in mining expedition beneath an old REO truck that offered up a still stout and durable universal joint.
From there, he went to the plumbing supply store and bought some heavy pipe, then on to our son’s shop to have some welding done. Soon, a robust upright was welded to a housing for the universal joint. Four extended feet were attached to the south end of the standpipe, while a top casing was secured beneath the seat. And finally, the parts were joined in marriage of unique potential.
According to our son, when Jim sat on his invention for the first time, he grinned like the proverbial Cheshire cat. The roughhewn creation was everything he hoped it would be, an unbalanced platform like no other. There was just one problem; the wooden slats of the former saddle holder were not built for the comfort of the human posterior. Undaunted, the inventor headed for the upholstery shop, where a lot of padding covered by a hefty piece of leather made a considerable improvement.
When Jim came home with his surprise, he tried to be nonchalant, but he was too excited to hide the emotion, and he couldn’t wait for me to try out the gift he for which he had the highest of hopes. When he helped me find my seat on the back of his metal and wooden horse, we both had tears in our eyes, some from laughter, some from that emotion that friends and lovers share when better angels meet at the juncture of love and miracles.
So it happened that through the love of my life, God gave me back something I feared was forever lost. I’m not a competitor, not a great athlete, just one of those riders who feels most alive, most joyful astride a horse. Thanks be to The Creator and one of His own, I can once again Ride On. 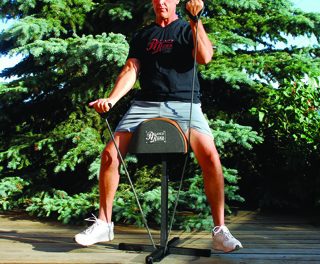 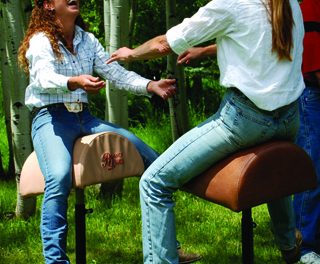 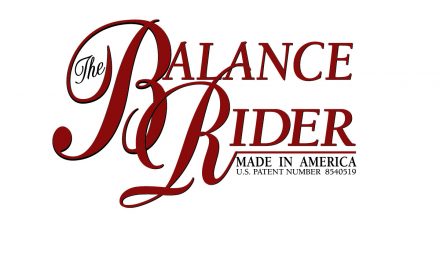 Birth Of The Balance Rider 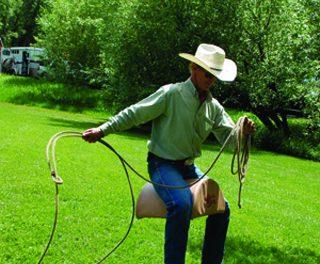