In a fairytale finish to his fabulous career, the 18-year-old super-stallion Taloubet Z carried Christian Ahlmann to victory in front of their home crowd at the tenth leg of the Longines FEI World Cup™ Jumping 2017/2018 Western European League in Leipzig, Germany today. Last to go in an edge-of-the-seat 15-horse jump-off it seemed it would be almost too good to be true if they could beat the rest of the world-class field at a show where they enjoyed so many successes over the years. But they did it and, in his usual style, the extraordinary Taloubet made it look like a walk in the park one last time. There was hardly a dry eye in the house during the prize-giving ceremony in which the German duo took centre stage ahead of runners-up Carlos Lopez and Admara from Colombia and Dutchman Harrie Smolders with Zinius.

Ahlmann isn’t normally one for big emotion, but today the 43-year-old rider’s voice kept breaking when he tried to talk about the horse that was such a prolific winner, and that carried him to four World Cup Finals, who claimed the FEI World Cup™ Jumping title at this very same venue in 2011 and who was so tough that he was still capable of claiming team bronze and individual ninth place at the Rio 2016 Olympic Games. The German star admitted that he felt under incredible pressure this evening.

“I really didn’t want to mess it up for him! This was just a normal World Cup, like we have every week. But it was very special because it was the last class for Taloubet, and we took the risk to jump him so he could say goodbye, here where everyone knows him, and leave the sport in great shape. So to have a good result and to finish with a proper round like that under pressure, it makes me so happy! It’s the greatest day of my life for sure, not for the points or for the money, it’s much more than that. It’s because this great horse who still has all this power even at this age is ending his career in a great way, with a great win!”

“Yes for everyone else today was a dream, but for me it was a nightmare!” said course designer Frank Rothenberger after 15 horse-and-rider combinations made it into the jump-off. It was a cracker however, and Lopez appeared to have it in the bag when scorching through the finish in 43.39 seconds with the gelding Admara who seems to have found his perfect “other half” since partnering up with the Colombian rider two years ago. Smolders and Zinius, winners at the previous leg in Mechelen (BEL) last month, gave it their best shot but fell short by two-tenths of a second when second-last to go.

The arena fell silent as Ahlmann and Taloubet set off on their final adventure together, but it exploded with sound when, turning to the last full of running and at a flat gallop, the German duo broke the beam two-tenths of a second quicker than Lopez for the win. Even the Colombian runner-up wasn’t disappointed – “today is all about Taloubet anyway” Lopez said.

And with just three qualifiers still left to go, the next in Zurich (SUI) next Sunday, Ahlmann has now qualified for the Longines FEI World Cup™ Jumping 2018 Final in Paris (FRA) in April. Like Smolders, who has also made the cut, that wasn’t on the German rider’s radar until today. “I’ll have to have a re-think about that now” he said this evening.
Results:
1. Taloubet Z (Christian Ahlmann) GER 0/0 43.19
2. Admara (Carlos Lopez) COL 0/0 43.39
3. Zinius (Harrie Smolders) NED 0/0 44.28

On the go? Watch via the FEI TV App
Join us

& share:
Media
Information
For everything you need to know

The very best human and equine athletes from 16 leagues in 43 countries around the world will battle to qualify to compete for this most coveted title and a jackpot of more than US $1.4 million (€1.3 million) at this year’s Longines FEI World Cup™ Jumping Final for the prestigious Final to be held in Paris (FRA) 10–15 April 2018.

The USA’s McLain Ward took the overall title with his horse HH Azur and a faultless display of horsemanship at the Longines FEI World Cup™ Finals 2016/17 in Omaha (USA).

Longines has been based at Saint-Imier (SUI) since 1832. Its watchmaking expertise reflects a strong devotion to Elegance, Tradition and Performance. It has generations of experience as the official timekeeper at world championships and as a partner of international sports federations. Longines’ passion for equestrian sports began in 1878, when a timepiece was made with a horse and jockey engraved on the watch face. Over the years, the brand has built strong and long-lasting links with equestrian sports. In 1912, for the first time, the brand was involved as timekeeper for a show jumping event in Portugal.

Today, Longines’ involvement in equestrian sports includes jumping, endurance and flat racing. Longines is a member of The Swatch Group S.A., the world’s leading manufacturer of horological products. With an excellent reputation for creating refined timepieces, the brand, whose emblem is the winged hourglass, has outlets in over 150 countries.
Media Contact: 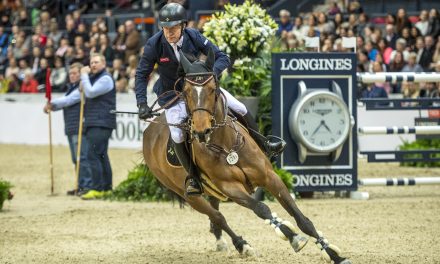 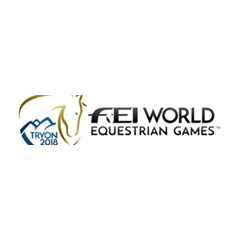